Here’s a question for you: when is a checked exception not checked?

For those who need a refresher and would rather not dig into the link above — you  have better things to do than read links in blog posts, right? — let me summarize: in the Java language, a checked exception is one that you have to either catch, or else specify that you intend to re-throw. Checked exceptions are used:

When you call a method that declares it throws a checked exception, you are getting an offer from the Don. 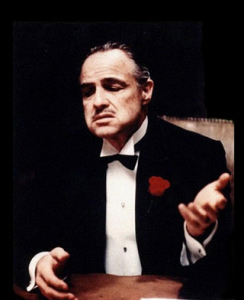 “I’m going to make him an offer he can’t refuse.” – in this case, a checked exception.

Your code won’t even compile if you don’t either catch the checked exception, or specify that you’ll re-throw it.

For example, the code below is calling a method appropriately called callMethodThatThrowsIOException. Since the called method throws an IOException, you have to deal with it somehow, and here’s how Eclipse complains if you don’t:

The javac compiler would complain in a similar way to Eclipse. The solution is to do either of the things Eclipse suggests — either declare that you throw the exception from your method, thereby passing the problem upstream, or catch the exception and deal with it. That may involve logging a message, recovering in some way, or swallowing the exception and doing nothing, if you’re evil and enjoy torturing operations staff.

Here’s how the Operations staff feel if you swallow exceptions silently: 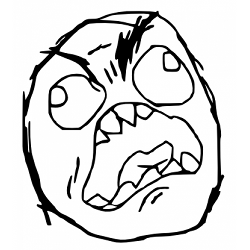 “Why you hide errors from us?!”

By way of contrast, unchecked exceptions, which by definition are those derived from RuntimeException, don’t have to be caught or specified by you. A very popular example is the beloved NullPointerException. This exception exists to remind you that in your hurry to get to Happy Hour, you forgot to add that null check before using an object reference.

Incidentally, the whole idea of whether checked exceptions should even exist is a controversial topic, leading to much wailing and gnashing of teeth, and “holy wars” on programming forums. Google for “java checked exceptions”, without the quotes, for a fun time.

Rather than drag this out through six seasons like the producers of Lost (only to disappoint you in the end…grrrr) I’ll tell you up front: a checked exception can “unbecome” checked when Scala is in the mix.

Post-Java languages like Scala, Clojure and Groovy care not a jot for checked versus unchecked exceptions, which pretty much exist only in the Java compiler’s fevered imagination, so when you add a tasty creamy filling of Scala code in between your Java layers, the checked-ness of the exceptions may evaporate.

Let’s look at some code. This Scala object implements java.io.reader, a Java interface which includes a few methods that should declare that they throw checked exceptions.

The read method on line 7 doesn’t declare that it throws anything, so a Java client consuming this method will not be allowed to catch IOException, since the Java compiler (rightly) concludes that the Scala method doesn’t throw any checked exceptions, in flagrant violation of the contract defined by the Reader interface.

The close method on line 12 is even naughtier. Not only does it fail to re-declare the checked exception from the Reader interface, it brazenly does throw an IOException. Yet a Java client will not be allowed to catch this exception either since it’s not declared in the method signature.

The read method on line 18 does the right thing, by declaring the exception to be thrown, in line with the contract of the Reader interface, using @throws(classOf[IOException]) This means a Java class consuming this method will be able to catch and handle the IOException.

In short, Scala doesn’t care about checked exceptions — that’s just how it rolls. 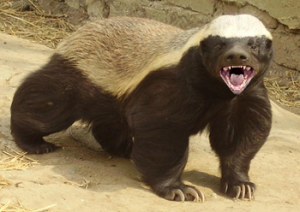 Checked exceptions – Scala don’t give a…well, you get the idea.

Here’s what happens when you try to consume these various methods from Java. Examine the comments for each method to see what happens.

In summary: Scala programmers are on the hook to re-declare any checked exceptions in APIs they implement, otherwise Java consumers will not be able to catch those exceptions. Scala can “hide” the “checkedness” of exceptions from Java, if you want that behavior. This is documented in a rather obscure place, but I personally found this behavior rather unexpected, no doubt due to my background being mainly Java rather than Scala.