July 15, 2013 was a sad day indeed for all of us involved in recommender systems. John T. Riedl, one of the seminal pioneers of the field, passed away after a prolonged illness. John was an innovator not only in the academic study of Computer Science, but also in its industrial application, and in his concern for its social consequences.

John was a distinguished academic whose work was at the forefront of many early foundations of recommender systems, particularly those based on the now ubiquitous collaborative filtering approach. He founded and led the GroupLens Research team at the University of Minnesota, which not only built key data sets for recommendation research, but also pioneered the notion of interaction and feedback, and set standards in those areas that even today light the way for all of us. 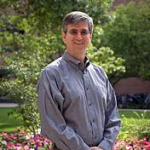 But merely to say that John was a great academic would be to miss the greater meaning of his life’s work. In 1996, he branched out from the academy and founded Net Perceptions, an innovative company whose goal was to bring the insights of GroupLens from the lab into the world at large. The impact was nothing less than the pervasive use of recommendations technology across the web, especially in e-commerce. The common understanding that Amazon was the earliest pioneer in this area is only a partial picture. Amazon worked closely with Net Perceptions, and many of the techniques one sees on their site to this day are based on John’s insights. Although Net Perceptions didn’t make it through the bursting of the dot com bubble John’s work lives on through its influence.

In 1999, Malcolm Gladwell quoted Riedl in The New Yorker: “What you tell us about what you like is far more predictive of what you will like in the future than anything else we’ve tried … It seems almost dumb to say it, but you tell that to marketers sometimes and they look at you puzzled.” Gladwell concluded that the collaborative filtering movement’s claim that demographic and “psychographic” data cannot compete with preference data was “a potentially revolutionary argument. … to know what someone wants, what you really need to know is what they’ve wanted.”

Finally, John was profoundly aware of the social consequences of the mathematical and engineering work he and his colleagues did. He not only recognized this, but studied and taught it extensively and tirelessly. But his were not doomsday lectures filled with the dystopian visions of some who pursued this line of work. Instead, he saw great promise, and worked to develop social computing as both a rigorous field and a base for incredible new tools like Wikipedia.

It is hard to say enough about John’s contributions to Computer Science as an academic field, to the industry that has evolved around recommendations, or to the social good of the world as a whole. His legacy lives on in the numerous students, colleagues, and collaborators he influenced over the years, and I have no doubt it will continue to thrive for many years to come.